One of Us: Jack Peter

Jack Peter is the president of the World Golf Hall of Fame in St. Augustine and a resident of Ponte Vedra.

Can you please tell us about your background?

I previously worked for Disney in Orlando in the film and television business, which is what I was doing in Chicago prior to that. I started with the PGA Tour in 1994. I had an opportunity to meet the people at the PGA Tour when they were starting to develop the vision for the World Golf Village and their plans to build and relocate PGA Tour Productions, which is now PGA Tour Entertainment. One thing led to another, and they hired me to oversee that project, get the entertainment building built and relocate the staff. Then in the early 2000s, I had the opportunity to take over the Hall of Fame.

What role do you play in the induction process, and what’s that process like?

I oversee the process, and I would be considered the executive producer of the induction ceremony itself. If it goes well, the team gets awarded. If it goes poorly, I’m the complaint department. The induction ceremony process has changed over the years. Right now, competitors have to win 15 times on their respective tour internationally and be at least 50 years old to qualify. There’s a voting process that happens, and you need 75 percent of the vote. We’ve tried to make it very inclusive in terms of the people who are in consideration. We have started to move it around the world. We took it to an every-other-year format some years ago. We’ve been in St. Andrews, Scotland with the British Open, we’ve been in New York with the Presidents Cup and we’re headed to Pebble Beach in 2019 for the men’s U.S. Open.

Do you have a favorite moment from the induction ceremonies you’ve produced?

It was very heartfelt when we inducted Charlie Sifford, the pioneering African American player and the first African American inducted into the Hall of Fame. He was introduced by Arnold Palmer, and prior to that, Gary Player was on stage. Charlie’s speech was priceless. It means so much to all of the Hall of Fame members to see and understand what Charlie had gone through in the pre-civil rights era. 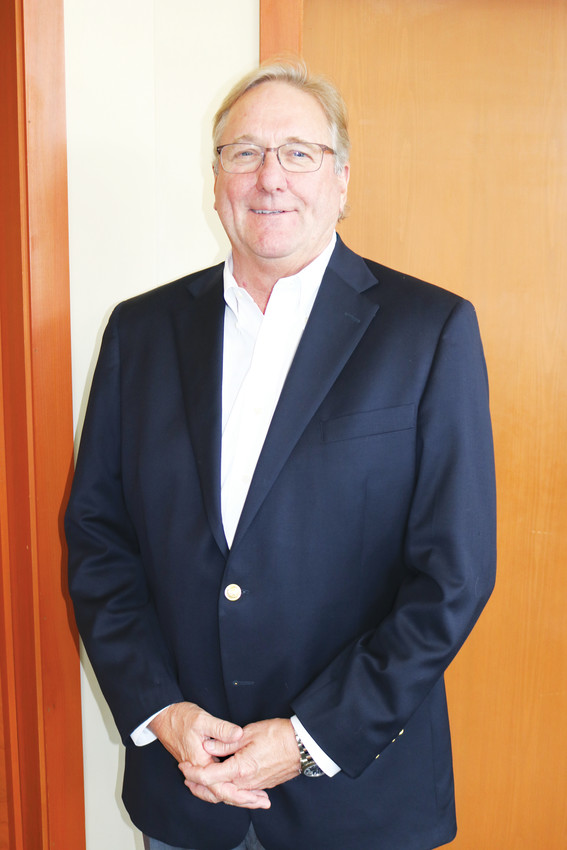 When you look back on your career, what are you most proud of?

I’m most proud of the people I’ve met and the relationships I’ve built. I’ve been very fortunate in this job to meet people all over the world. That to me is my greatest accomplishment.

What are your goals for the World Golf Hall of Fame moving forward?

I want to focus on the global awareness of the Hall of Fame. I think it’s important that it continues to have a global footprint and a global acceptance. I think that helps the area. I think it helps with tourism and the destination. It can’t just be a Florida-based attraction along 95. It’s very important to keep those relationship up, whether they’re with Hall of Fame members in Tokyo or South Africa, but also the golf communities in those parts of the world. The other piece is to continue to be a good neighbor in Northeast Florida and continue to reach out to the golf community here.

Do you have a favorite round of golf you’ve played?

I have two favorites. I got to play a round of golf with Gary Player at Augusta National, and it’s very hard to beat that. It was priceless. He goes out of his way to make you feel comfortable and give tips and help. The other one was playing in a charity outing, and Arnold Palmer was at one of the Par 3s. I didn’t get the hole in one, but I missed it by inches in front of him. He looked at me and said, “You must be playing too much golf and not working enough.”

What do you enjoy most about living in Ponte Vedra?

I play a lot of golf. I enjoy the ocean. I love the little diversity in the climate we get. It’s terrific seafood. The beach is fairly accessible. It doesn’t have high-rises up and down the beach, which a lot of Florida does at this time. Every time I come home across the Intracoastal, there’s a big sigh of relief.

Looking for something in a previous issue?

As Hurricane Ian ravaged communities across the State of Florida, the Florida Coalition for Children Foundation has mobilized its network and established the FCCF Disaster Relief Fund to provide much needed funds and immediate assistance to support the rescue, relief, and recovery of the children, youth and families associated with Florida’s child welfare system of care.